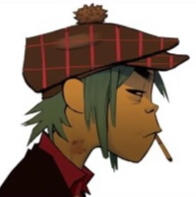 also, I'm not a Brendon anti. If you are one and say shit about him or post nasty shit about him... I won't hesitate using the block button. I've heard enough nasty shit from the lot, I don't need to hear it from you too. If there's anyone who is/was associated with Panic! that you should hate, that hate should be directed towards Zack Hall. Figured I'd put that on my card since it's mine and the truth.